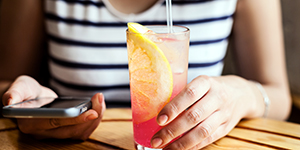 The reagent on-board stability of the specific enzyme, GHB dehydrogenase, is significantly improved now. The enzyme is stable for 8 weeks even at storage temperature up to 15°C which is used in several clinical chemistry analyzers.

In the last few years the amount of seizures of GHB (gamma-hydroxybutyric acid) continuously increased. Besides the well described misuse as a date rape drug, GHB is more and more abused as a recreational/party drug.

This new assay attribute further support the implementation of the enzymatic GHB assayfrom BÜHLMANN as an important screening tool allowing the automated, easy and uncomplicated testing of suspected specimens. Screening tests can be offered 7/24 on any clinical chemistry analyzer without highly sophisticated knowhow and lab equipment.

This Improvement allows less re-calibration steps and gives a higher flexibility to you to fit it into your specific workload. Now you get the option to minimize the amount of the reagent dead volume to optimize the economic output. The new formulation of the enzyme shows highest comparability of the assay performance with the positive effect that less false positive screening results will occur.