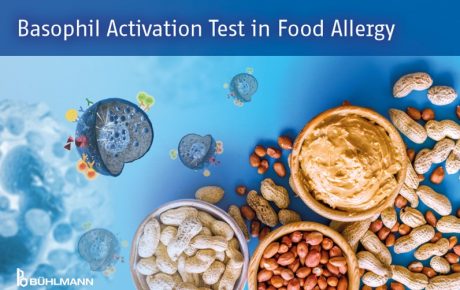 Food allergy is a growing problem affecting millions of children and adults all over the world. The reported prevalence ranges from 1% to 10% depending on many variables like age, geographical location or allergen. Food allergies are not only common but are also one of the leading causes of life-threatening anaphylactic reactions. Therefore, food allergy negatively impacts the quality of life of affected patients and families.

Oral Food Challenges (OFCs) are the gold standard procedures in the diagnosis of food allergies. These medical procedures indicate an in vivo testing directly in individuals, since the patients ingest the suspected allergen slowly, in gradually increasing amounts, and under medical supervision to accurately diagnose or rule out a food allergy. It is a real attempt to provoke an allergic reaction in patients with the intrinsic probability to be a serious one. That is why OFCs are associated with high risks and family anxiety. On the other side OFCs are fundamental and are still needed because the current diagnosis of food allergies, based on the clinical history of an immediate allergic reaction, skin prick testing (STP) and specific IgE (sIgE) testing, generates a high number of equivocal results. But this might change now: in a variety of studies, the Basophil Activation Test (BAT) demonstrated its potential for diagnosing food allergies.

Basophils are the allergic cells present in human blood. The BAT test for food allergens is comparable to an OFC reproduced in an in vitro blood test. It requires a very small amount of the patient venous blood, which is stimulated with the suspected food allergen. This is comparable to the OFC when the food is given to the child and the clinicians are observing the induction of allergic reactions. In vitro, the basophils can react or not to this stimulation. The typical positive stimulation of the basophils induces activation and degranulation of these allergic cells with the release of several inflammatory mediators. There is also a consistent expression of activation markers on the cell surface of the basophils, which were quantified by the flow cytometry technique in the BAT test.

The goal of a BAT test is to determine if and how many basophils of the individual have reacted to the stimulation with a food extract. This is typically reported as the percentage of basophils expressing activation markers like CD63, which is referred to cut-off levels to determine a positive or negative result like any other lab test. In contrast to the OFC, the BAT is a safe blood test without the potential to cause serious allergic reactions in patients. It is a diagnostic test available in many countries, with a broad use in fields like drug hypersensitivity, Hymenoptera venoms  and food allergies. External Quality Assessments (EQAs) are also available for BAT since some years. The Flow CAST® and CAST® allergens are a package of CE-IVD certified tests in Europe, that cope with the standard of typical laboratory tests.

There is growing scientific evidence demonstrating that BAT is a reliable biomarker of true food allergy, with the first publication in 2014, which demonstrated the superior diagnostic accuracy of BAT testing in discriminating true peanut allergic patients from individuals that are only sensitized but tolerant to peanut ingestion by the group of Alexandra F. Santos at King’s College, London. Furthermore, the BAT has also been proposed as having the potential to reduce the need of OFCs. Recently, two new, outstanding publications were published with both of them using our Flow CAST® basophil activation test for predicting peanut and tree nut allergy and furthermore for presenting its potential to reduce the numbers of OFCs needed.

The results showed that the BAT could distinguish between peanut- and tree nut-allergic and non-allergic patients with allergic patients having statistically significant higher % CD63+ basophils upon stimulation. Excellent ROC curves were presented for peanut, cashew, hazelnut, pistachio, and walnut. Furthermore, the BAT outperformed both extract and molecular allergen sIgE testing for peanut and hazelnut allergy.

Overall, the results of the MONAS study clearly demonstrated the ability of BAT to predict the allergic clinical status in peanut and tree nut sensitized individuals. These results obtained in real life setting populations from two different continents are again in line with the clinical utility of BAT in decreasing the number of OFC needed in the diagnosis of peanut and tree nut allergy, in particular in multi-nut sensitization.

One interesting finding is that patients allergic to one specific nut, are avoiding all sorts of them because of the fear to be allergic to other nuts too. Since at the moment, to test for additional nut allergies would mean to perform an OFC for each specific nut, the easiest thing for patients is to avoid all sorts of them. But the authors stated that when using the BAT-based prediction for the cohort, this would mean that almost 80% of the patients would not have to avoid others than the allergic nut. When confirmed in prospective studies this finding would result in a significant utility of the BAT in the safe reintroduction of food in sensitized patients who would tolerate it.

Figure 1: The Flow CAST® is intended for the determination of basophil activation in patient whole blood samples by flow cytometry.

The second publication by the group of Alexandra F. Santos in collaboration with the group in HUG, Geneva, assessed the utility of the Flow CAST® basophil activation test to diagnose nut and seed allergies in patients with at least one nut or seed allergy in the Pronuts study cohort. Thereby, the high accuracy of BAT testing was extended to several tree nuts including cashew, hazelnut, walnut, almond, and sesame. BAT demonstrated to be not only a powerful test for diagnosis of allergies to a single tree nut but also showed to be a valuable tool in evaluating true cross-reactivities in allergic patients to one nut which are also sensitized to other nuts. This is an issue which is difficult to solve with OFCs, since multiple OFCs must be performed.

The main question of the publication was the potential of BAT to reduce the need for OFCs. The authors proposed a model to integrate the BAT as a second step in the diagnostic process after equivocal SPT and sIgE test results. This approach resulted in the reduction of the number of total OFCs by 5% to 15% and more important, reduced the number of positive OFCs by 33% to 75%.

All together, these two publications clearly demonstrated the accuracy of BAT, both using the Flow CAST® from BÜHLMANN, in the diagnosis of peanut and tree nut allergies in the four countries UK, Switzerland, Canada, and Austria. BAT is an effective predictor of the results obtained with OFCs.

OFCs are precious tools for patients but the availability is scarce and limited to tertiary centres due to the need of resource-intensive hospital settings. Based on the results of both publications, an interesting approach was proposed by the authors that all patients considered for an OFC could be referred to a specialized center to perform the BAT. Positive BAT results could help to avoid most of the positive and high risk OFCs which is a major goal when proposing an OFC to sensitized children. In case of a negative BAT, a low-risk OFC could be conducted in small clinical center.

Both studies represent fundamental steps towards the implementation of BAT in the clinical diagnostic routine.

The CE marked Flow CAST® for basophil activation and CAST® allergens, coming from more than 20 years of experience, are the standardized kits and reagents that cope the whole need of the implementation of BAT testing in the diagnostic lab. External quality assessments are also available since some years.